The Bus Users' Group's Annual Report, presented at our AGM on 18th January featured a number of issues affecting the condition and operation of Lancaster Bus Station.

The Group had noticed a deterioration in the standard of cleansing in recent months with litter taking longer to be removed and chewing gum residue on the flooring.
Maintanence also appeared to be being neglected with no fewer than four smashed glass panels in the doors and windows awaiting repair. 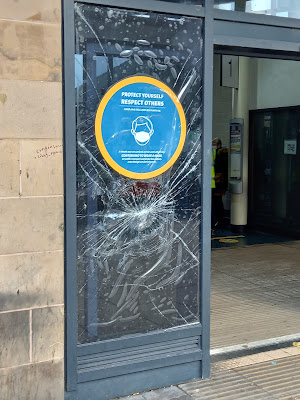 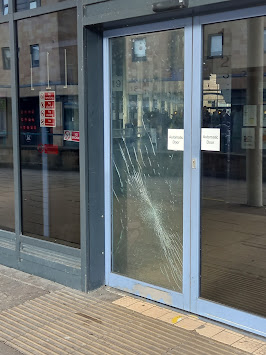 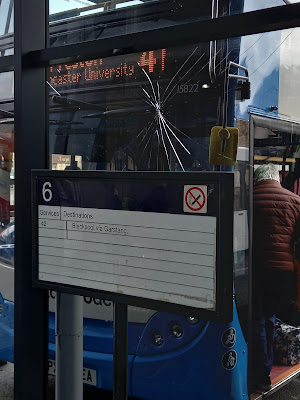 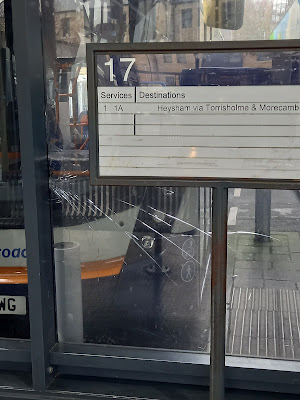 The meeting heard that the cause of the long-running problems of misleading and incorrect "destinations" being shown on the board had finally been identified and that Stagecoach and the County Council had resolved almost all the issues, but that since Christmas a number of former errors had reappeared!

Following instances where BUG members had witnessed, or even been involved in, accidents involving passengers in the bus station it appeared that no one in authority knew to whom these should be reported. The bus operators were clear that "boarding and alighting" incidents, involving passengers entering or leaving buses were their responsibility, but the position with "slips and trips" on the concourse or accidents with the sliding doors was less clear. The City Council, as owners of the bus station, had promised to develop a protocol for incident reporting and share it with the BUG, but this had not yet happened.

Following the AGM, our member Gina Dowding, who is both a City and a County Councillor, followed up the damage and accident reporting issues with the Council, whilst our Chair got in touch with our contact at Stagecoach about the departure board.

We are pleased to report that the damaged doors and windows were swiftly repaired and that most, if not quite all, of the issues with the departure board have also been resolved.

We have also been invited to meet  with City Council officers to discuss the accident reporting protocol and any other issues around the bus station one day next week and will report further once this has been done.

The next meeting of the Bus Users' Group is on Thursday, 21st July 2022 at 14.00hrs at Lancaster Library.
FIND US ON FACEBOOK
Our Facebook Page