Stagecoach Switches Off the WiFi

At times when passenger numbers are running at about half their normal level and despite significant financial help from central and local government, bus companies are having to make economies to make ends meet.

Stagecoach has already announced the permanent closure of its travel shop on Lancaster Bus Station and now comes news that the company is to discontinue the free wifi service offered on many of its buses. 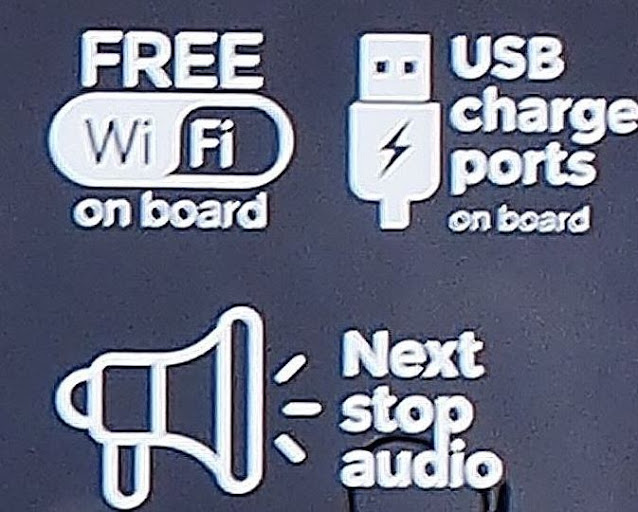 An anouncement, tucked away in the small print of the company's website says:

From 26 October, we are temporarily switching off Wi-Fi on many of our buses.  Like many organisations, we’re reviewing all aspects of our operation as we continue through the Covid-19 pandemic with a focus to make sure we can continue running safe and reliable services for you.  We’ve found that many customers are not using the bus Wi-Fi, especially on shorter local bus journeys.

This appears to be a decision taken at Group level and applies to all the company's services throughout the country. Some services appear to have been granted an exemption, including the X2 between Preston, Southport and Liverpool but otherwise free wifi will be a thing of the past from Monday.

Locally, Stagecoach has already switched off the Next Stop Audio introduced with geat fanfare when new buses were introduced on services 2X and 100 last year.

Of course, with many smartphone packages now including huge amounts of mobile data it could be said that the days of on-bus wifi, with its requirement to log-on (and confirm you are still over 13 years old as you were last time) were numbered in any case, but the BUG wonders how many more of the extra frills and "nice-to-haves" of bus travel will have to disappear as the pandemic drags on.

Stagecoach Pulls Down the Shutters 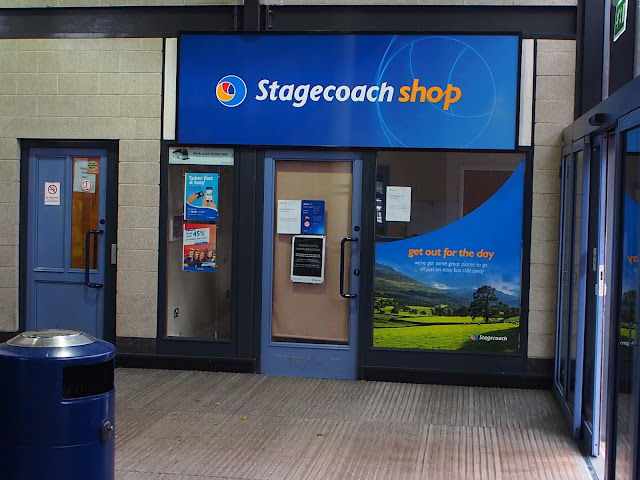 Stagecoach has confirmed that it does not plan to re-open the Travel Shop on Lancaster Bus Station.

The shop closed in March at the start of lockdown imposed due to the Covid-19 pandemic. Although this was a time of much uncertainty regarding bus services and what timetables were actually operating, the company felt that the need to keep passengers informed was outweighed by considerations for the safety of staff and customers in what was a very small space, albeit one which had only recently been re-configured and re-fitted. Since then, the shop has displayed notices saying that it is closed "until further notice". Now, however, in an email to the Bus Users' Group a senior company manager has confirmed that it will not re-open.

The main income from the shop came from sales of multi-journey tickets and in particular scholars season tickets and "Unirider" tickets for students at the city's universities.  Normally, at this time of year the shop would have been very busy as students queued to buy them.

This year, however, Stagecoach has made all these tickets available on-line only, depriving the shop of its major source of income. National Express ticket sales, which made up a much smaller part of that income, have also been hit as there have only been sporadic coach services through Lancaster since March.

But the shop had other functions. It was an outlet for the company's popular timetable leaflets and promotional brochures such as that for buses in the Lake District. After some prompting from BUG it also stocked the Dales Bus brochure and timetables for summer Sunday buses to Malham and Richmond. Many visitors and local people needing to make an unfamiliar journey also used it as a point for service enquiries whilst it was also a handy place to ask about - and retrieve - lost property, which the writer can confirm!

Most importantly, it gave Stagecoach a public presence in the bus station and acted as a point of contact between the company and its passengers.  Of course, these activities don't bring in much in the way of revenue - except of course for the fares paid for journeys that now won't be made because potential passengers can't find out about the bus they need. But that doesn't seem to matter to Stagecoach - or at least to the accountants that run it - people memorably described as "knowing the price of everything - and the value of nothing"!

Oh!, and if anyone thinks the shop was too small to operate "Covid-safely" then surely the similarly-sized tea bar at the other end of the concourse has the simple answer - prop the door open and stick a table in the opening to maintain social distancing and continue to provide a safe and much-valued service to the public. 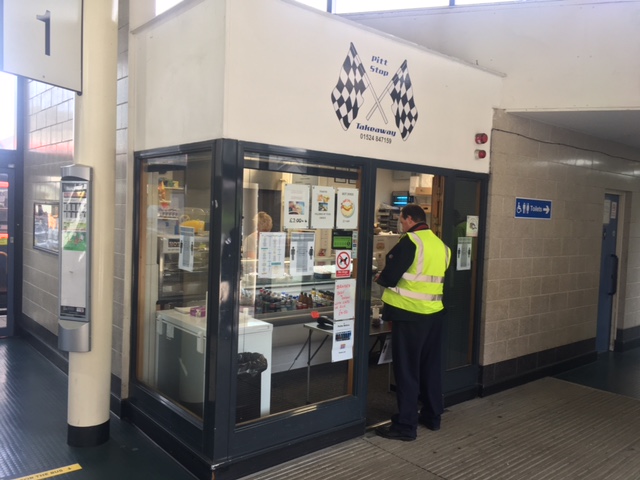 CHANGES IN JANUARY 2021
Lancaster Park & Ride service will be suspended after operation on Friday, 8th January until further notice.
From Monday, 11th January, All Stagecoach services will operate to a "School Holiday" or "University Holiday" timetable. Journeys that run "schooldays only" or "University terms only" will not operate.
Temporary Service Changes (Stagecoach only)

The next meeting of the Bus Users' Group is on Thursday, 18th March 2021 at 14.45hrs. The meeting is being held by Zoom.
Members will receive a link to allow them to join.
FIND US ON FACEBOOK
Our Facebook Page